JEANNE BEKER (she/ her) 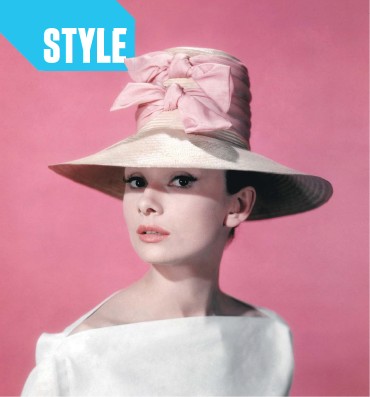 “MOVIE MOMENT: AN ICONIC OCCURRENCE OR HAPPENING that is so incredibly great it seems as if it were scripted for a rom-com. It can at times be cheesy but it's not required to be. It's often a moment that leaves you in awe, simply perfect,” according to the Urban Dictionary Thrust against the theatrical backdrop of the international fashion scene for decades, my so-called “glamorous” life has been a Technicolor blur of countless “movie moments.”The resulting treasure trove of precious outtakes, rubbing shoulders with some of the world's most legendary and stylish icons, have provided me with a feast of fabulous memories. Here, my movie-going friends, are just a few: § Spotting the exquisite Audrey Hepburn as she swooped into the CFDA (Council of Fashion Designers of America) Awards gala at New York's Metropolitan Museum of Art in January of 1989, was a breathtaking moment I'll never forget. The legendary style icon arrived on the arm of the late, great Oscar de la Renta, who'd dressed her for the occasion in an exuberant crimson feathered frock. Though most fans associate Audrey Hepburn with French designer Hubert de Givenchy, who designed many of the memorable costumes for her starring roles, the style-savvy actress was also a huge fan of de la Renta, who was receiving a lifetime achievement award that evening. Iconic fashion photographer Richard Avedon – who inspired Fred Astaire's role played opposite Hepburn in 1957's Funny Face – was also at the gala that evening, and to witness his playful banter with Audrey Hepburn was magical. But most heart-swelling of all for me was running up behind Audrey Hepburn in quest of a sound bite as she made her way through the frenzied crowd. For a precious few seconds, she paused, graciously turning to me to answer my question about what kind of time she was having. “Wonderful! Just wonderful!” she exclaimed, exuding untold warmth, kindness, and a welcome generosity of spirit. When her enormous doe eyes locked with mine, at once, I totally understood the enormity of that unparalleled beauty and charm that had captured us all for so long. § Celebrity fashion offerings became increasingly popular throughout the '90s, but I think back most fondly to one of the truly authentic star offerings of the era. Swimming goddess Esther Williams launched a line of bathing suits in 1989 and I visited her home in Beverly Hills with my crew to check out the collection. Esther had been a spokesperson for Cole of California swimsuits back in 1948, so this was one celebrity who knew stylish swimwear inside out. I was awestruck by the down-to-earth nature of the former screen siren and teenage swimming champion, who had popularized synchronized swimming and helped it become a competitive Olympic event. MGM created a special genre for her called “Aqua Musicals” and she went on to star in movies like Bathing Beauty and Million Dollar Mermaid. So there I was, cozying up to the woman who'd been dubbed “America's Mermaid,” as she reminisced over countless old press clippings documenting her screen career in scrapbooks that she said her father had compiled for her back in the day. Esther