An interview with one of the most sought-after makeup designers, Donald Mowat

DR. DORI TUNSTALL (she/ her) 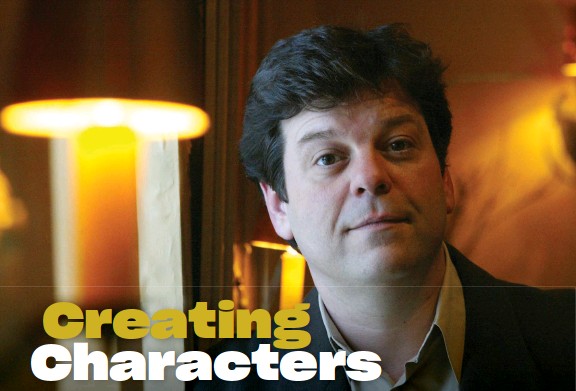 RODUCTION DESIGNERS, MAKEUP ARTISTS, hairstylists and costume designers are often the unsung heroes who bring a movie director’s vision to life. As dean of design at the Ontario College of Art and Design (OCAD), I cherish the opportunity to sing the praises of Donald Mowat, the award-winning Canadian makeup artist and department head. Over his 30 years in film and television, Mowat has led the hair, makeup and prosthetics departments for major film projects such as Dune, The Little Things, Velvet Buzzsaw, First Man and Blade Runner 2049. He has served as the personal makeup artist for actors such as Daniel Craig, Jake Gyllenhaal and Mark Wahlberg and maintained a makeup artist practice for commercial projects. For Star Cineplex, we talked about how design creatives are unsung, his work leading makeup and prosthetics for the film Dune, and how he makes opportunities for the next generation of diverse creative talent behind the camera. Dori: I’m fascinated by the world- builders in film. There’s the director and they have their vision, but then there’s a whole army of people whose role it is to give that vision a tangible form and expression. As a designer, I want to talk to those people. Donald: Thank you. The enthusiasm that you exude, I feel. We’re passionate, especially when we’re artists. We’re creative. We’re visual. I’m so happy, because the actors get more than enough. We’re unsung often. And people like Denis [Villeneuve, the director of Dune], who are remarkable filmmakers, they really do put a lot of faith and trust in the designers, the costume, the makeup and the hair. Sometimes we’re not even invited to the premieres of films because it’s all about celebrity. Love will certainly come from Canada, from where we started. Many people in Toronto, we were at the beginning of a creative industry. People forget that we really were the group of people in Toronto, not just the actors. Because all we ever hear about are those five people you see all the time. It’s the same in Hollywood. And then once in a while, you hear about a costume designer or a production designer or a visual effects creator or a makeup designer. The people go, ‘That’s a huge part of a film that we love, the visuals.’ Dori: With a project like Dune, how do you begin to engage in a process of imagining what the hair, the makeup, the prosthetics could be on a project of this scale and with such known previous visuals? Donald: I went through this once before with Blade Runner 2049. I just remember maybe five, six years ago calling Denis up because I think I was almost trembling thinking, ‘Why did they ask me? Why