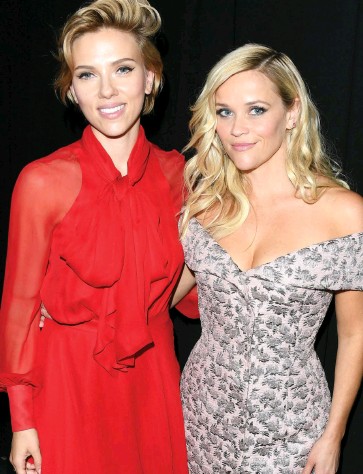 FIVE YEARS AFTER THE release of the hip- shaking musical comedy Sing, Reese Witherspoon and Scarlett Johansson will reprise their roles in the star-studded animated sequel Sing 2. Sing’s Matthew McConaughey, Taron Egerton, Nick Kroll and Tori Kelly are also returning as the film’s main animated animal chorus for a new soundtrack, new adventure and even more challenges. It picks up with theater-owning koala Buster Moon (Matthew McConaughey) and his all-star cast of performers at a point when they have turned their New Moon venue into a local hit. But Buster has his eyes on a much bigger prize: Debuting his new show at the Crystal Tower Theater in glamorous Redshore City. In order to make that happen, he’ll have to get a sign-off from Crystal Entertainment’s ruthless mogul wolf, Jimmy Crystal (Bobby Cannavale). In a desperate attempt to do so, Buster tells Crystal that the show will feature a performance by a rock legend, lion Clay Calloway (Bono). The truth is, though, that Buster has never met Clay, who long ago shut himself away from the world after the loss of his wife. So Buster sets off on an adventure to find the performer and convince him to return to the stage. Both Witherspoon and Johansson belt out their own vocals for the animated movie. Witherspoon voices Rosita, a pig who gave up her teenage music dreams to become a devoted housewife, and mother of 25 piglets, while Johansson voices Ash, a teenage porcupine punk rocker. Sing 2 is written and directed by Garth Jennings, who helmed the original film, which grossed $634 million worldwide, following its 2016 release. The creator had already decided on a sequel after visiting Cirque Du Soleil in Las Vegas while he was still in production for the first film. “We’d already decided we wanted to make the second one before we’d finished the first and then knew we wanted to take it to the next level,” he said. “I thought it would be so fun if the characters tried to do Vegas. The scale is super ambitious and they would meet all the people you need to meet for the big leagues.”— SING 2 STARRING: ( VOICES) MATTHEW MCCONAUGHEY, REESE WITHERSPOON, SCARLETT JOHANSSON, NICK KROLL, TARON EGERTON, TORI KELLY, NICK OFFERMAN. DIRECTED BY: GARTH JENNINGS. RELEASE DATE: DECEMBER 22, 2021. RATED: PG.