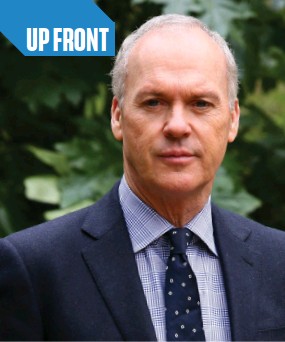 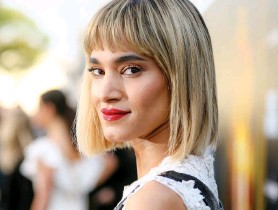 MICHAEL KEATON STARTED OUT IN STANDUP COMEDY to become, four decades later, a world- class actor. How does the man who is returning in the Batsuit in next year’s The Flash really know when he’s good? Is it when he sees the film? On the set when he feels right? Or is it external, when the director says, “That’s good”? “It’s a simple question and I don’t know,” he answered. “I mean, I think I know. I’m a person who needs to stay active and be stimulated, more than the average person maybe. I get bored too easily.” “But when you hit that, maybe 30 seconds, or even 15 seconds where we wanted to go [in a scene], where you just are in flow with everything, you know you’re just in the truth. And the performance is good. I think it can be anything, drama or comedy or whatever, but that’s when it really feels the best.” “But in terms of being good — I guess you think, ‘Well I know it’s feeling good,’ But then you’re assuming that your choice you made — and there are 15 seconds or 30 seconds left - was the correct choice in terms of that. I guess I’ve always had an element of respect but maybe now it just adds up over the years. So, I THINK I kind of know I like that. “I don’t really know how I do what I do,” he added. “When I try to be really the best, the most honest, I was going to say it’s for others to judge. And I guess it kind of is. “But in a lot of ways I can also say doesn’t matter.”