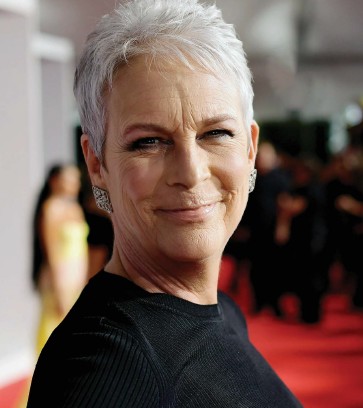 JAMIE LEE CURTIS IS getting candid about supporting her recently out transgender daughter Ruby. The Halloween Kills star recently joined her daughter for an interview and it sparked an important conversation about how age isn’t an excuse for not educating ourselves about gender and identity. Curtis first revealed her 25-year-old child, whom she shares with husband Christopher Guest, was a trans woman in a cover story for the August/September issue of The American Association of Retired Persons magazine. At the time, she said she and Guest were watching Ruby’s transition with “wonder and pride.” In a recent interview with People, the 62-year-old actress says she’s still learning, but it’s a process she welcomes and embraces. “It’s speaking a new language. It’s learning new terminology and words. I am new at it. I am not someone who is pretending to know much about it,” Curtis said. “If one person reads this, sees a picture of Ruby and me and says, ‘I feel free to say this is who I am,’ then it’s worth it.” Curtis said the hardest change for her was fully integrating her daughter’s name into their lives. “That was, of course, the hardest thing, just the regularity of the word — the name that you’d given a child,” she said. “And so, of course, at first that was the challenge, then the pronoun. My husband and I still slip occasionally.” Despite the slips, Ruby said she doesn’t get upset. To Curtis, the slips are part of her learning to best support her daughter. At a time when political attacks on trans youth are on the rise, and the disproportionately high rates of depression, anxiety and other mental health struggles in the trans-youth community, stories about families like Curtis’ are especially important. The two women want readers to know that supporting trans people, especially young trans people in your life isn’t about being perfect. It’s about listening and doing the best you can. Ruby, who remains a private person despite her famous parents, told People she knew she “was different” as early as 16, but didn’t come out until she told her current fiancé years later that she was “probably trans.” Ruby and her fiancé have wedding plans for next year and Curtis will be more than just the mother-of-the-bride: She plans to officiate the nuptials. “I’m not trying to force-feed something to people. I’m simply saying, ‘ This is our family’s experience,’” Cutis said. “I’m a grateful student. I’m learning so much from Ruby. The conversation is ongoing.”—