MICHELE LANDSBERG AND STEPHEN LEWIS PICK 10 OF THEIR FAVOURITE MOVIES

From Michelle Landsberg and Stephen Lewis 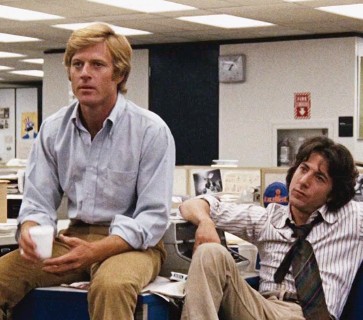 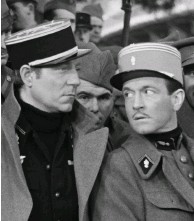 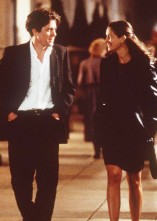 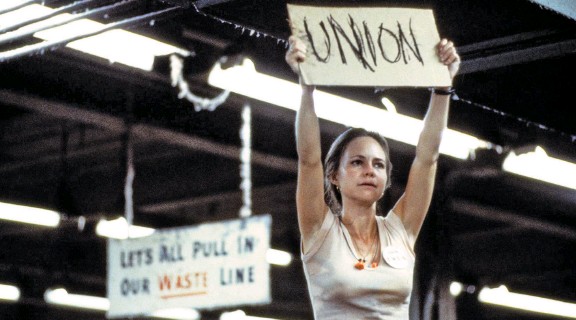 HERE ARE A FEW OF THE movies that our whole family loves. In fact, we’ve seen them all more than once. My passion for film was ignited when I was 18, in a shabby little cinema in Jerusalem, where the floor was littered with sunflower seed shells. I felt struck by lightning after watching Federico Fellini’s La Strada (1954), with its gritty realism and the heartbreakingly incandescent acting of Anthony Quinn and Giulietta Masina. In my Toronto youth, the screens were occupied by Doris Day, cowboys and simpering synchronized swimmers. So here goes: The Seventh Seal (1957) I saw it seven times, mesmerized by the immediacy of medieval life in the plague years, and by the knight (Max von Sydow) playing chess with Death. (Death always wins, but how long might you hold him off?) I can still see the faces of most of the actors. Notting Hill (1999) Stephen loves romcoms! He keeps watching this one, and always grins back rapturously at Julia Roberts’s radiant smile. (I mildly enjoyed it - once.) Chicago (2002) Stephen also loves dance and is smitten by the choreography in this one. He loves the Kander and Ebb songs and will sing “Mr. Cellophane” for you at the drop of a hat. Grand Illusion (1937) One of the greatest films of all time! Jean Renoir’s profound humanism shines through his characters - mostly French prisoners of war in a German prison camp. Erich von Stroheim, Jean Gabin and Marcel Dalio, in their comradely relationships, express the futility and anguish of war, as we come to love their decency, ingenuity and pluck. All The President’s Men (1976) In a family of lefty journalists and politicians, how could we not adore this thrilling unravelling of Richard Nixon’s corruption, his scummy colleagues and the Watergate scandal? One of the heroes is definitely the typewriter, clacking out the scoops, word by word across the big screen. Hopscotch (1980) Best “spy movie” you can imagine. Walter Matthau at his rumpled deadpan best, in a comfy middle-age love affair with Glenda Jackson. Filled with glorious Mozart, surprising and hilarious tricks played on the CIA (Matthau’s former employer) and sly digs at the Republican regime. My Cousin Vinny (1992) Joe Pesci, a rookie lawyer and workingclass New Yorker, with his canny, tough girlfriend Marisa Tomei, go up against a hostile judge in an Alabama murder case. There are few more wildly funny and gratifying scenes in Hollywood history than Marisa Tomei, taking the stand and blowing them all away. Gregory’s Girl (1984) Bill Forsyth’s take on an endearingly awkward Scottish teenager’s first love is pure delight. Gangly, sweet-natured Gregory is hesitant to approach her, but his 10-year- old sister coaches him. The charm is irresistible. Seven Samurai (1954) A band of unemployed samurais in the 16th century promise to defend a poor village from murderous, roving bandits. Visually, every frame is stunning, the sweep of the cinematography is breathtaking, the music is heart thumping and the whole thing is deepened by strong and even subtle character development. Norma Rae (1979) Sally Field rightly won an Oscar for her role as an Alabama cotton mill worker who reluctantly teams up with a New York union organizer to seek justice for the workers. No one who saw it will ever forget the overwhelming moment when Norma Rae, silenced by the bosses, defiantly stands on a table to hold up a sign that says, simply, “Union.” Michele Landsberg and Stephen Lewis are Canadian icons, humanitarians and social activists, who have helped change the landscape across the country and the world. Landsberg is an award-winning Canadian writer and feminist who has chronicled the fight for women’s equality in Canada and written three bestselling books. Lewis, whose CV contains no shortage of challenging jobs: deputy executive director of UNICEF, Canadian ambassador to the United Nations and leader of Ontario’s New Democratic Party, is passionate about bringing attention to the more than 25 million people in sub-Saharan Africa who have HIV/AIDS and created the Stephen Lewis Foundation.